JUST is the artist name of Dutch singer, songwriter and musician Justin Kniest.

His music is a mixture of Avant-Pop, Synthwave and Indie Rock. It has been compared to Talk Talk, David Sylvian, Tears For Fears, Simple MInds and early Coldplay.

On October 29th 2021 JUST released his debutalbum Deep Cycles. A melancholic album with eight songs that tell stories of sorrow, loss and hope.

“JUST is master at looking back at life with new insights. On Dark Days he sings straight from the heart with an exciting arrangement. Makes me curious for the rest of the album.” 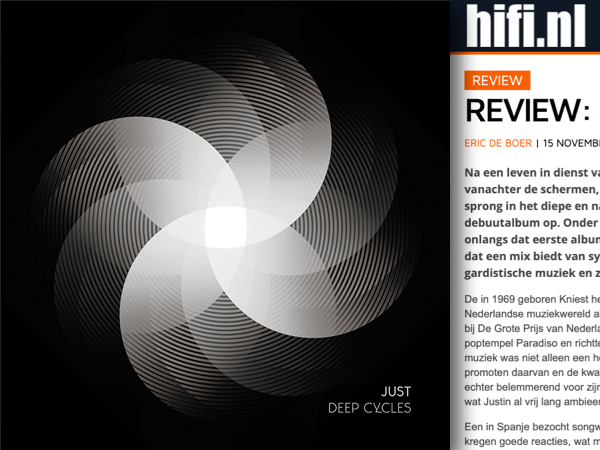 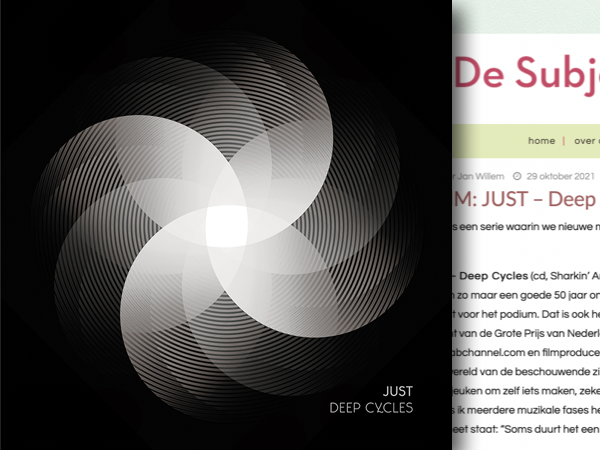 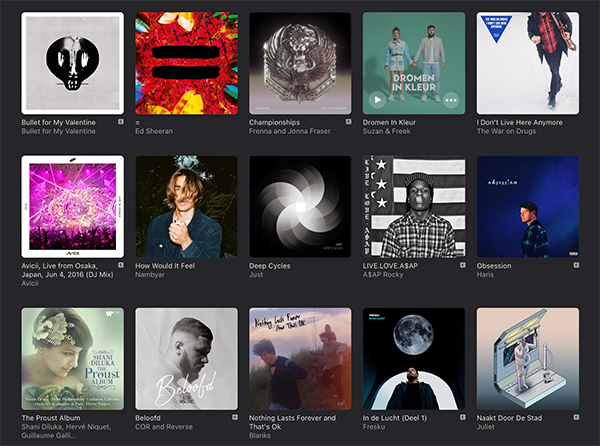 Buy the CD, Vinyl or Download on the JUST webstore. Experience the beautiful artwork by James Marsh (Talk Talk, Jamiroquay) in your hands. We also have a nice T-shirt available. 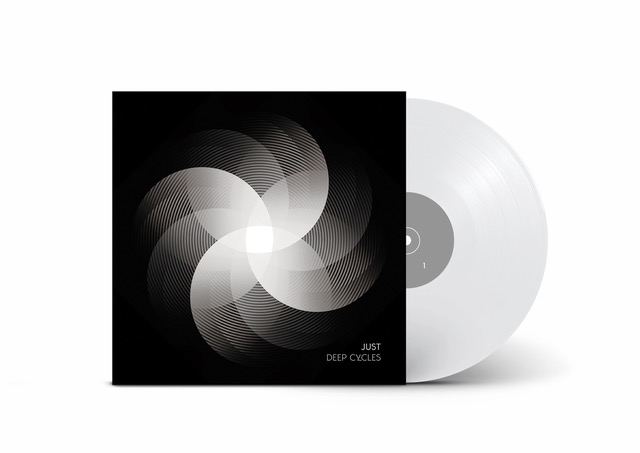 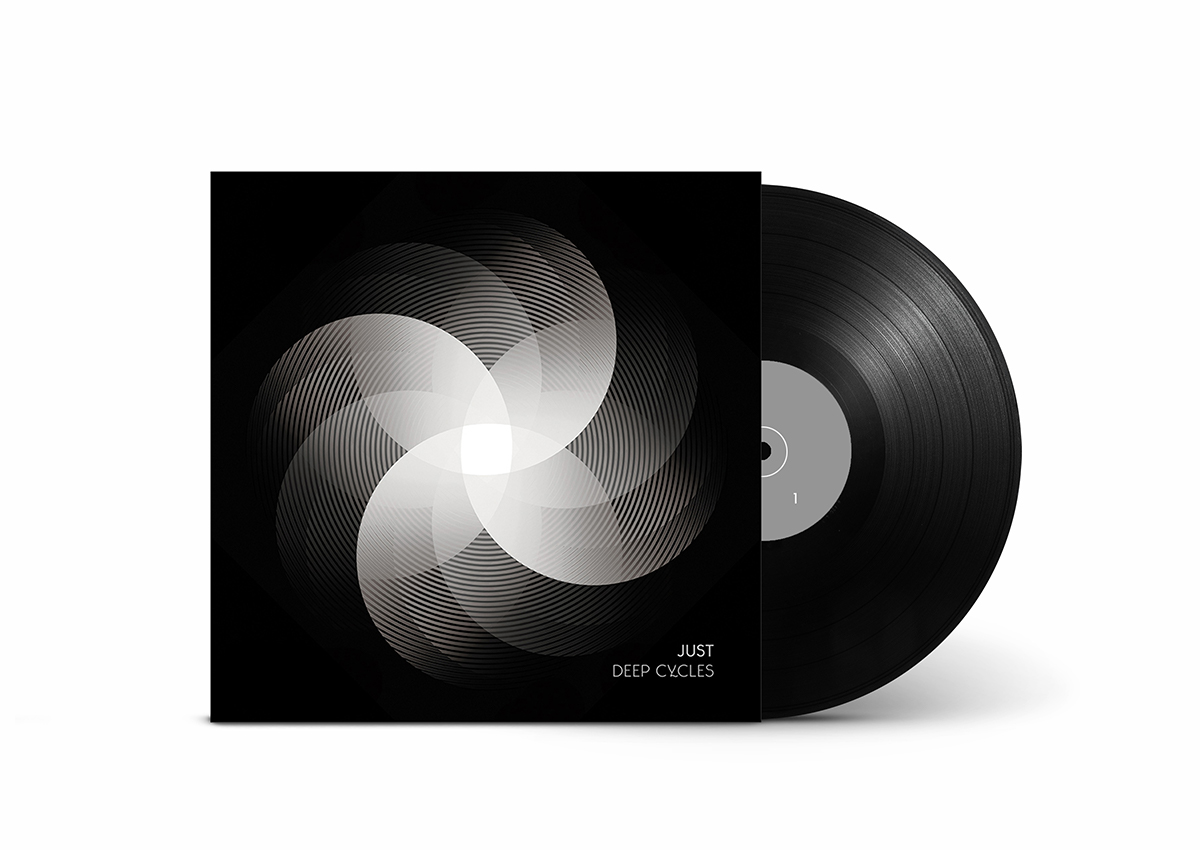 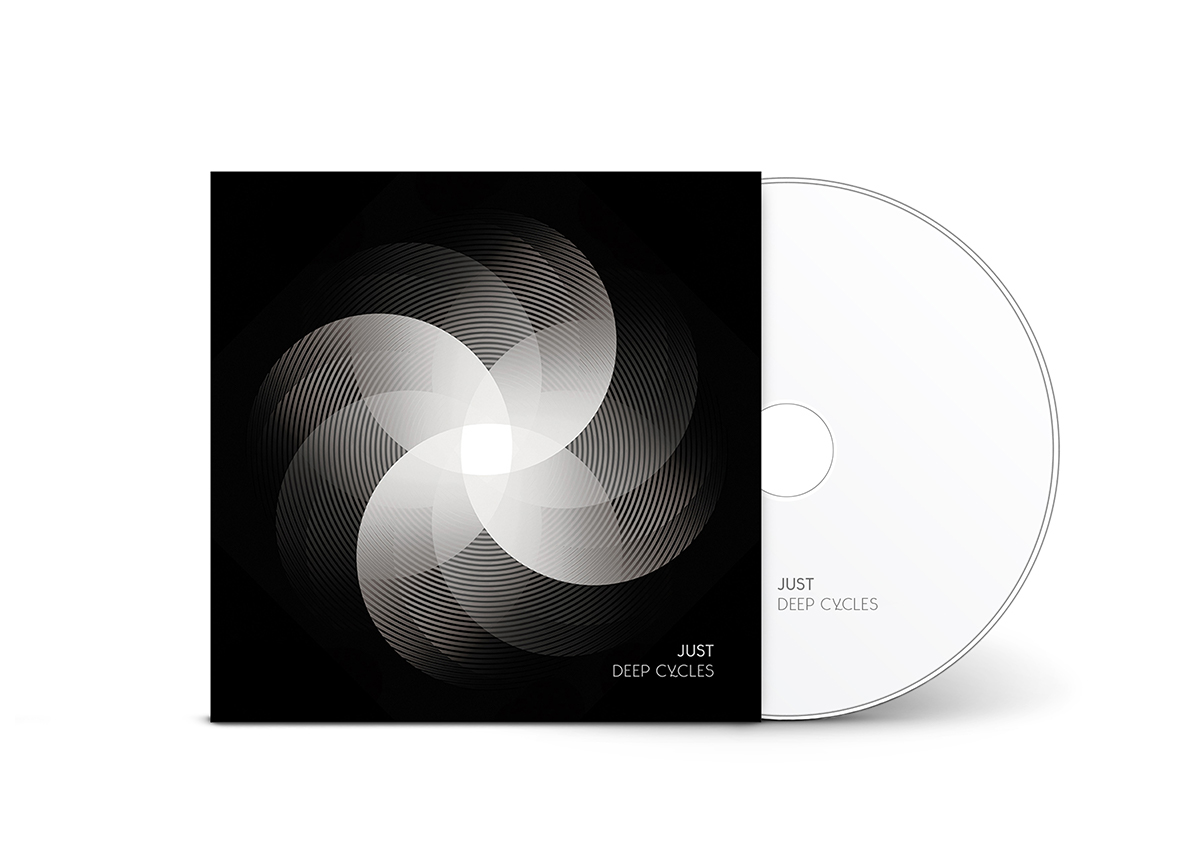 Sometimes it takes half a lifetime to find the right words.

Justin Kniest (1969) started playing the guitar at a very early age. He has lived his life to the fullest in the music business but needed 50 years to find his own voice.

At an early age Justin was already fully focused on music. It started out by playing the guitar and shortly after he joined his first band that led him to perform live for several years all over the Netherlands.

Even though he was born and raised in the east of the Netherlands, he could not resist the call of the big city when a job was offered to him at the famous Paradiso in Amsterdam. After all, this is the most iconic music hall in the Netherlands up to the present day. From U2 to David Bowie, almost all bands that are part of the soundtrack of Justin’s youth have performed here at least once during their career.

After several years working at the Paradiso Justin launched Fabchannel, a company that was the first to record and stream (Paradiso-) concerts from international bands live on the internet. The future looked bright as artists like Elbow, Keane and over 1000 others joined Justin’s platform. But sadly, after 9 years this dream fell to pieces, when the lawyers of a few major labels pulled the brake.

Disillusioned, Justin left the music business. The stress of years of hard work caught on to him, resulting in a burnout and health issues. Which then resulted in anxiety and depression.

Years of recovery, soul searching, therapy and lots of love from the ones near him taught him one thing: Follow your heart! And his heart told him to get back to his first language.

On his 50th birthday, Justin received the ultimate gift from his wife. A so-called writers’ camp at the coast of Spain with fellow music enthusiasts.

Far from daily life, in this peaceful little town and powered by focus and renewed energy Justin found it in his heart to come up with two songs: The Saddest Song and Lying Close Beside You. The Saddest Song is a beautiful but sad song about his dementing father which he could not imagine to have written years before as he had never written melancholic music before.

The song actually hurts and is very personal and exactly these components are what his best music seems to be made of. After recording the tracks in his home studio and above all, getting great response via both radio airplay as well as the internet, Justin decided to go all the way, JUST was born.

Transparent, heartfelt, melancholic: only a few terms that come to mind when listening to the music of JUST. In the beginning of 2020, when Justin had decided that his debutalbum Deep Cycles should be produced by producer Minco Eggersman everything started to fall into place.

Eggersman is a well-known producer and international soundtrack composer with an extensive network. More importantly, Eggersman has proved to know his way around the world of melancholic music and immediately caught on to what Justin brought to the table. Showing brokenness through beautiful and musical textures is after all Eggersman’s first language, a perfect connection was made.

Together they started working on the first demos and after a short period of time both Rene de Vries (one of the best arrangers in the Netherlands) and (high-end) engineer Theodoor Borger joined the team and JUST was finally beginning to get its final form. As great songs followed during the rest of 2020, the whole year was filled with the production of JUST’s debut album Deep Cycles.

When listening to the music of JUST one immediately recognises the quality in songwriting as well as recording of the late 80s and early 90s. The depth in both the recordings and mixes are second to none and sometimes remind you of bands like Talk Talk.

Song-wise it’s a mix of the song structures used by Mike Lindup and David Sylvian, yet these songs definitely deserve their place in between the works of more present-day songwriters like Thomas Dybdahl and Emmet Tinley.

In all, JUST’s music comes to life because of the excellent performances of the different players as well as the warmth and transparency of the equipment used in the analog days that was immediately recognized by for instance Phill Brown who is known for his work with Talk Talk and UNIFONY (by Eggersman and Borger).

All this is the result of the excellent recording technique by Theodoor Borger (that is very similar to that of Phill Brown) and his top notch gear list (the Nagra (t) multitrack tape machine, Bechstein 8 piano, and vintage Neumann selection to name a few), Rene de Vries’ ever so creative arrangements and Eggersman’s precise and lush 3d mixes.

As friend Ronald Prent (known for his work with The Police and Depeche Mode) puts it, Justin’s vocal performance is simply excellent. Add this to the fact that famous German session guitar-player Lothar Kosse (who worked with Nir Z. of Genesis as well as the brothers Bissionette and Abraham Laborial) added his typical sounding ‘swell’ guitar sounds to the tracks to create some lovely and verby textures.

Last but not least photographer Maarten Corbijn joined Justin on a trip back to the place Justin grew up for some stunning black and white pictures that accompany the music of Just.

On October 29th Deep Cycles was released on streaming platforms and on CD (vinyl available in 2022). It contains eight melancholic songs that talk of sorrow, loss and hope: Dark Days, Walk Slow Smile More, Into The Fire, Down The River, Feels Like Home, Every Little Tear, Desperate Play and Eye Of The Storm.

A worldwide distributiondeal was signed with Coast To Coast. The first week after release Dark Days was featured on both Spotify's and Apple Music's new releases page. Quite an achievement for an independently released debutalbum.

The first album review from Dutch online music magazine The Subjectivists was raving, describing JUST as an ever changing cross pollination of David Sylvian, Power Of Dreams, Tears For Fears, The Sound, Simple MInds, Red House Painters and early Coldplay.